Would you like to read more than stories of our kids? Visit the other blog.

Long overdue update on the girls.

The girls are beginning to play together if I remember to give them the opportunity. Here they are washing the dishes together. 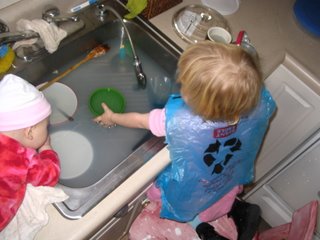 And here, Olivia is reading Calvin and Hobbes to Elise. 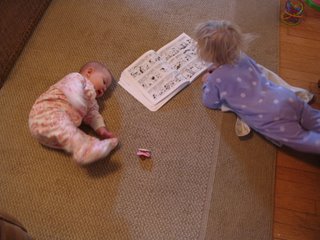 Olivia is a yaking, laughing, climbing, counting wonder-girl. She is so sweet and LOVES to play with her dog. I am so glad that I put up with his puppy antics to get to his more dog-like older self. 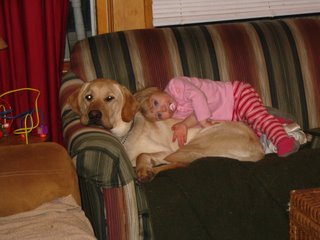 Elise can sit up, roll from back to front, scoot around in a circle, put a toy in her mouth, and melt your heart with her introverted, shy smile. She is soooooo different that Olivia, and I can't wait to get to know her more. 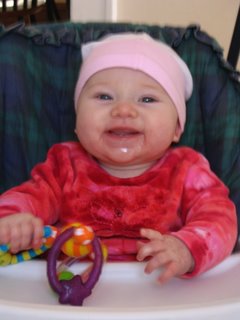 The difference between the way our girls view one another

is really striking. Olivia is a drive-by-fan of Elise. Olivia takes great pride in making Elise's happy noise (an unvoiced, glottal fricative) and watching Elise light up. But Olivia is also very much into her own fantasies right now, and so a lot of her relationship with Elise is in watching how I take care of her and then mimicking that with her own babies. So, Elise is a round character in Olivia's play, but it is still Olivia's play in Olivia's mind.

It is also Olivia's play in Elise's mind. If Olivia is in Elise's line of sight nothing else can divert her attention. If Olivia can be heard in the room Elise is busy trying to find her. And Elise also has set herself upon the task of sitting up already (at three months old!) and you can almost see that it is all in determination to get closer to her hero, Olivia.

I wonder about the difference between the growing experiences of children from different positions in the birth order. Do you suppose it is going to be a disadvantage to Rob's and my parenting since we are both the oldest? I wonder if we will find ourselves sympathizing with Olivia's position more readily, or if we will be harder on her because we know where she's coming from.

Only time will tell, but I do know this: though Olivia has been the princess and center of my world for the past two years. Elise came along and has managed to become the center of my world, too. Somehow she managed to become a princess in my kingdom without dethroning Olivia. There is enough amazing wonder in my eyes as "Mom" for the both of them. 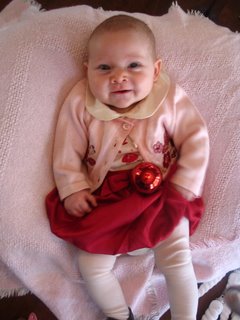 Isn't she soooooo cute?! She is coming more and more alive every day. She loves to make a little gurgle noise in the back of her throat. We call it her happy noise. When we all make it together, even Liv, it makes Elise giggle. 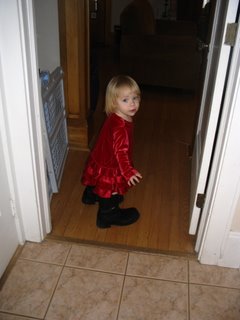 Olivia is a shoe girl. Here she is with my huge boots on. There was a lot of stumbling involved in this game.

x-posted at the new blog.

I don't know why, but every child must learn to tell a knock knock joke. I think that it must be a prerequisite for reading. This is Olivia's:

Other family member: Who's there?

Other family member: Radio who?

Liv: Radio not! Here I come! 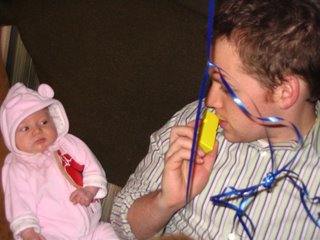 Here is Elise and Rob enjoying a tasty meal of Melissa and Doug wooden steak and cheese under Olivia's birthday balloons. 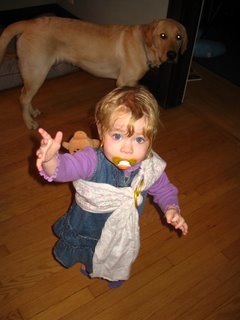 And here is Oliva wearing her stuffed bear, Obed, in a child sized baby sling. Yes she named the bear "Obed" herself after Ruth's son with Boaz. And if you ask her, she will tell you, "Obed is born," and, "Obed is baptised." Obed also eats his "mom-food" from Olivia's armpit. 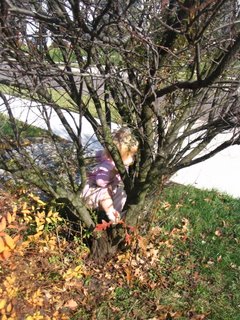 This is Olivia's first experience climbing a tree. 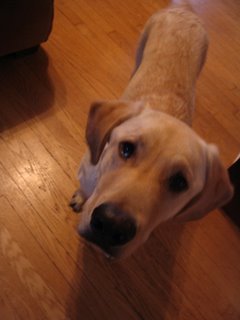 And this is our huge 60 pound Sherman.

to go to our new site at: loveandblunder.com/
Rob has put a lot into it, and it won't feel like home to us without you there reading it.

Our blogger account will be a place for those of you who are only interested in the number of inches our offspring have gained in the last 3 months to come and get your photo-fix. Hopefully it will be easier to keep things organized this way.

Our girls are by far the best girls I know. 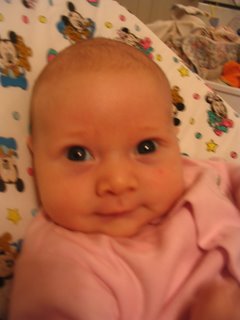 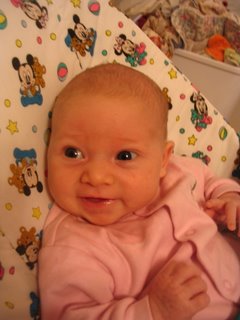 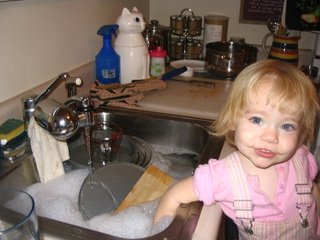 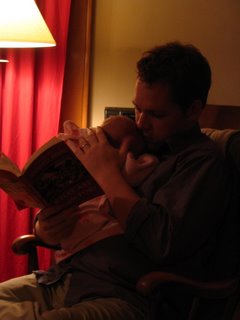 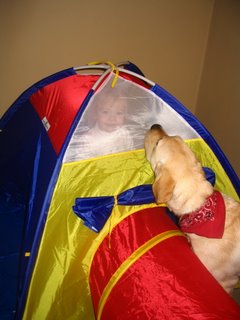 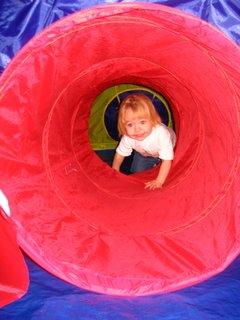 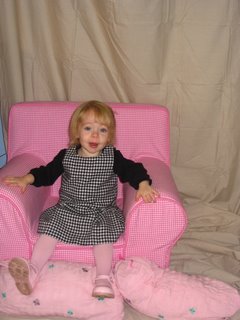